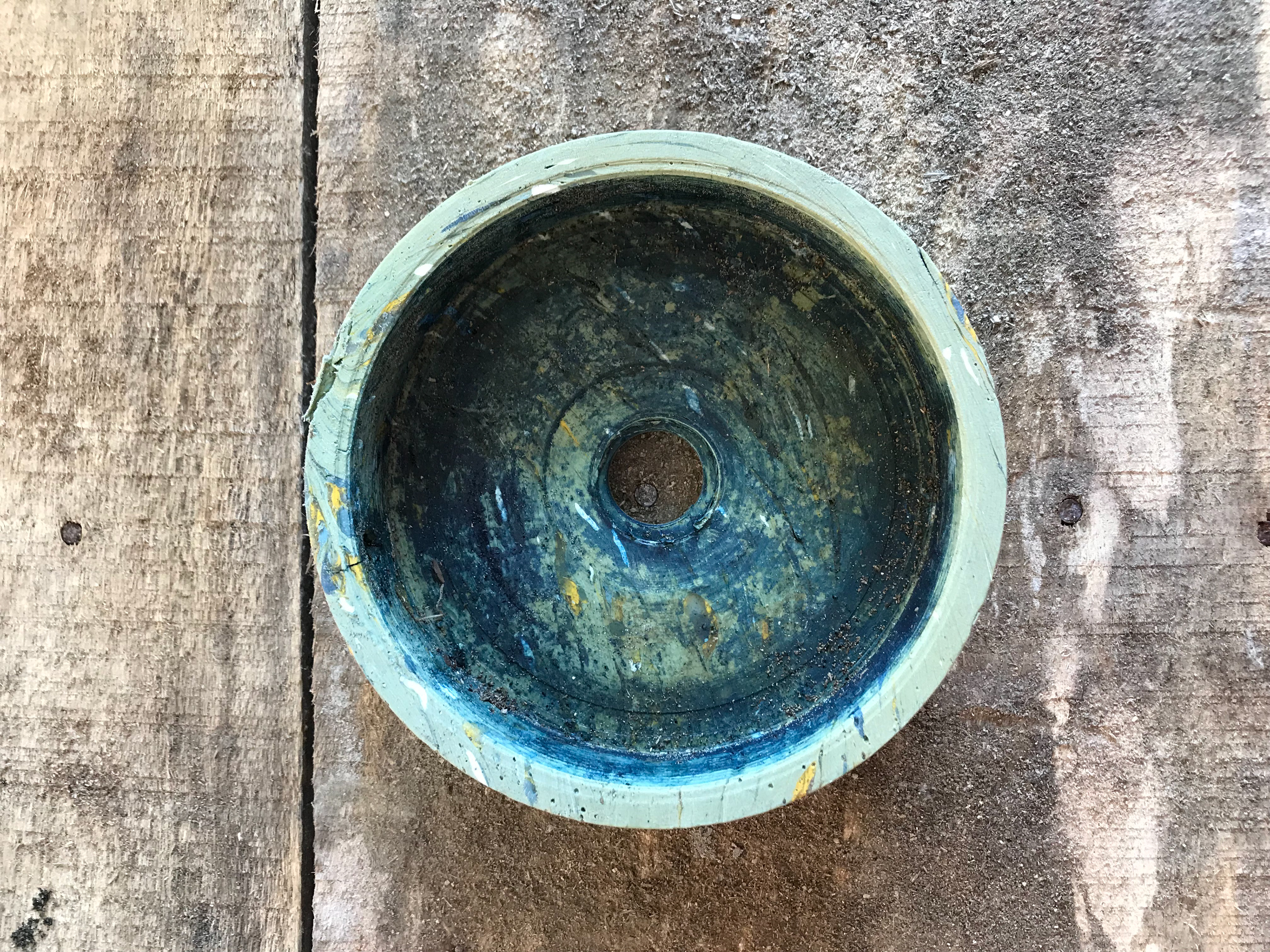 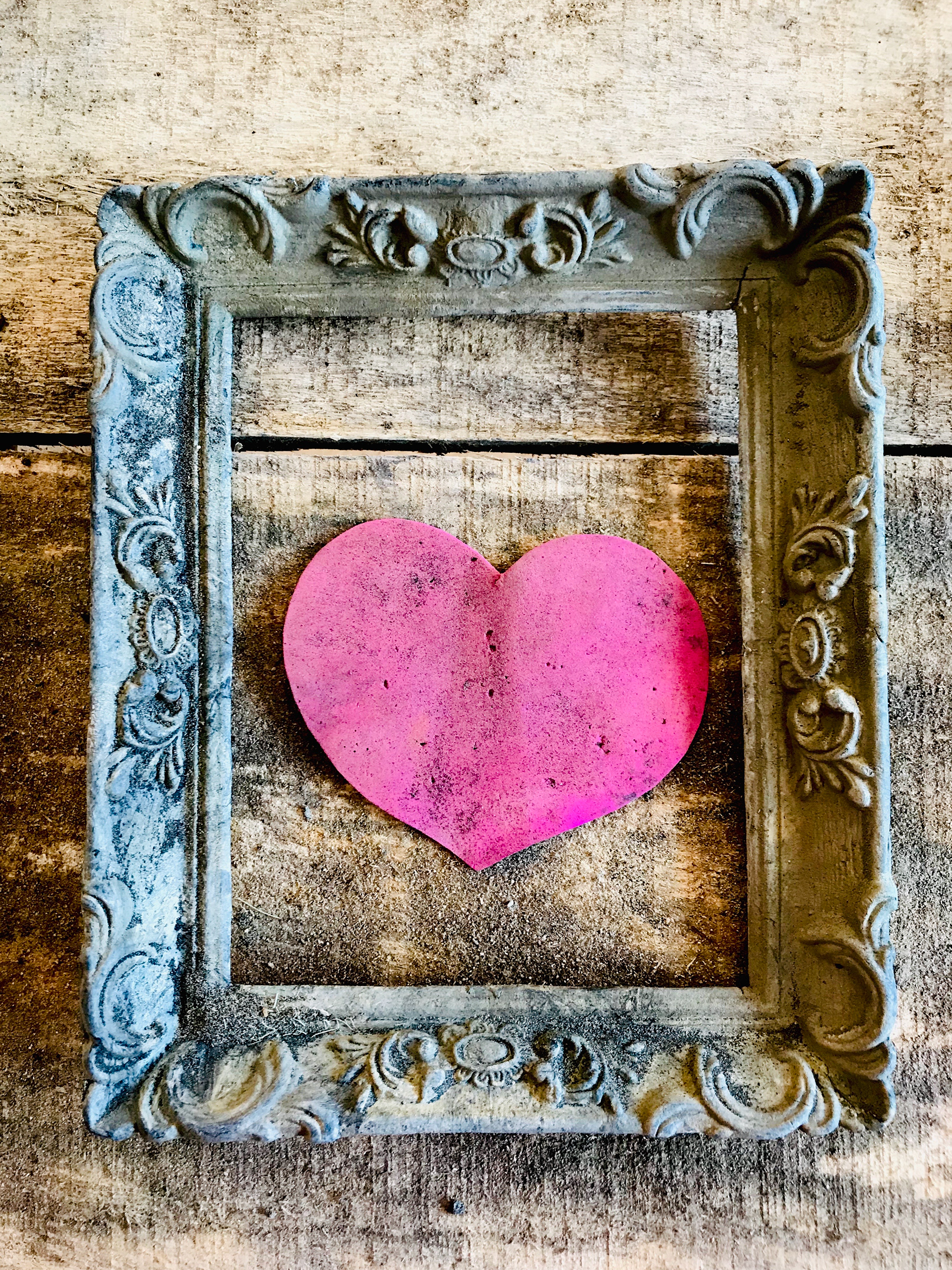 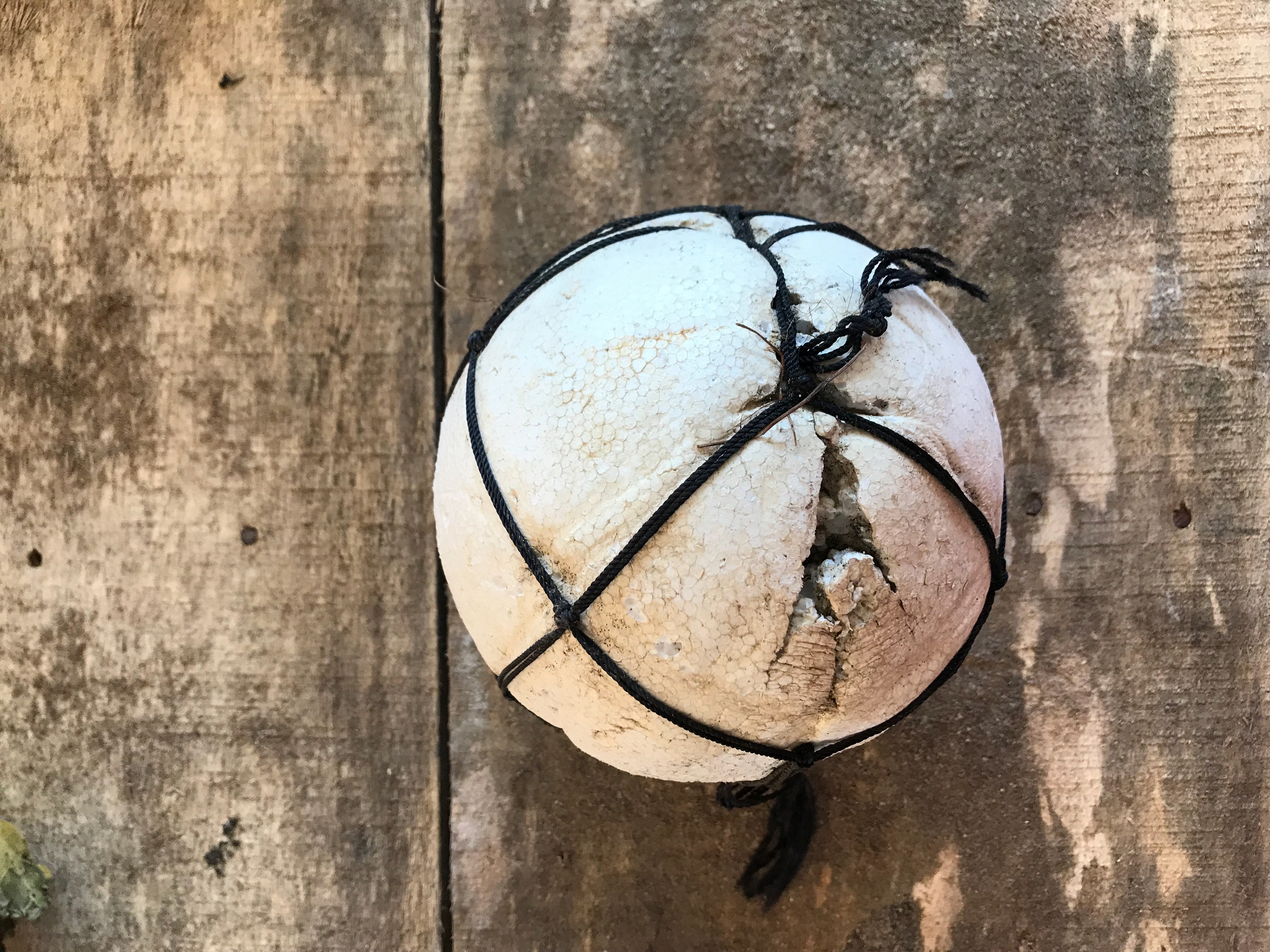 The workshop was led by the professors Annelie Franke and Christiaan Nieman and was attended by eleven students of Master of Architecture and Master of Design from Universidad de los Andes, six students and 3 professors of the Architecture Department of Universidad de la Costa , who were an important support in contextualizing the proposed projects locally in the territory of La Marina Puerto Velero.
The Harvest Map and Collective Intelligence research proposes a design tool oriented to sustainable processes, socially and environmentally, an alternative design method from the territory, based on the use of its material resources and local knowledge. The designer has the role of building ties with people, their trades and knowledge, and in turn, discovering, managing and enhancing existing resources. The intervened territory brings together the richness of the landscape, real estate and tourist interventions, and is a recipient of considerable resources (carried by the Caribbean Sea) with potential to become raw material, it is related to resident communities and temporary visitors.
The workshop then consisted of searching, collecting and building objects, furniture, collective places and landscape design inspired by the territory and the people themselves, with resources found in it. The interventions contributed prototype ideas for the reuse of materials: strengthening ties with the territory.

SEARCHING
The first approach consisted in the recognition of the territory, and it started from a previous knowledge about La Marina Puerto Velero. The initial purpose was to search for ways to travel the territory to characterize its potential elements, and to explore ways to establish links with the place and the population, to finally define the route. From the discovery and analysis of the territory, the mapping of the place is carried out: the harvest cartography, where the findings of disused materials, spontaneous solutions and the local offices existing in the territory are identified, recorded and documented
COLLECTING
Traveling the territory, the resources found with potential for future design processes were identified and recorded. The next process consisted of collecting, on the one hand, the materials and elements that the Caribbean Sea and the Magdalena River bring and, on the other hand, a compilation of findings was made on the implicit and collective knowledge of the people of the territory, the collective intelligence and local offices.

BUILDING
Prototypes of different scales and characters were built in the territory, with the purpose of generating a comprehensive vision of the territory. The interventions contributed prototype ideas for the re-use of materials and the strengthening of people's links with the territory. 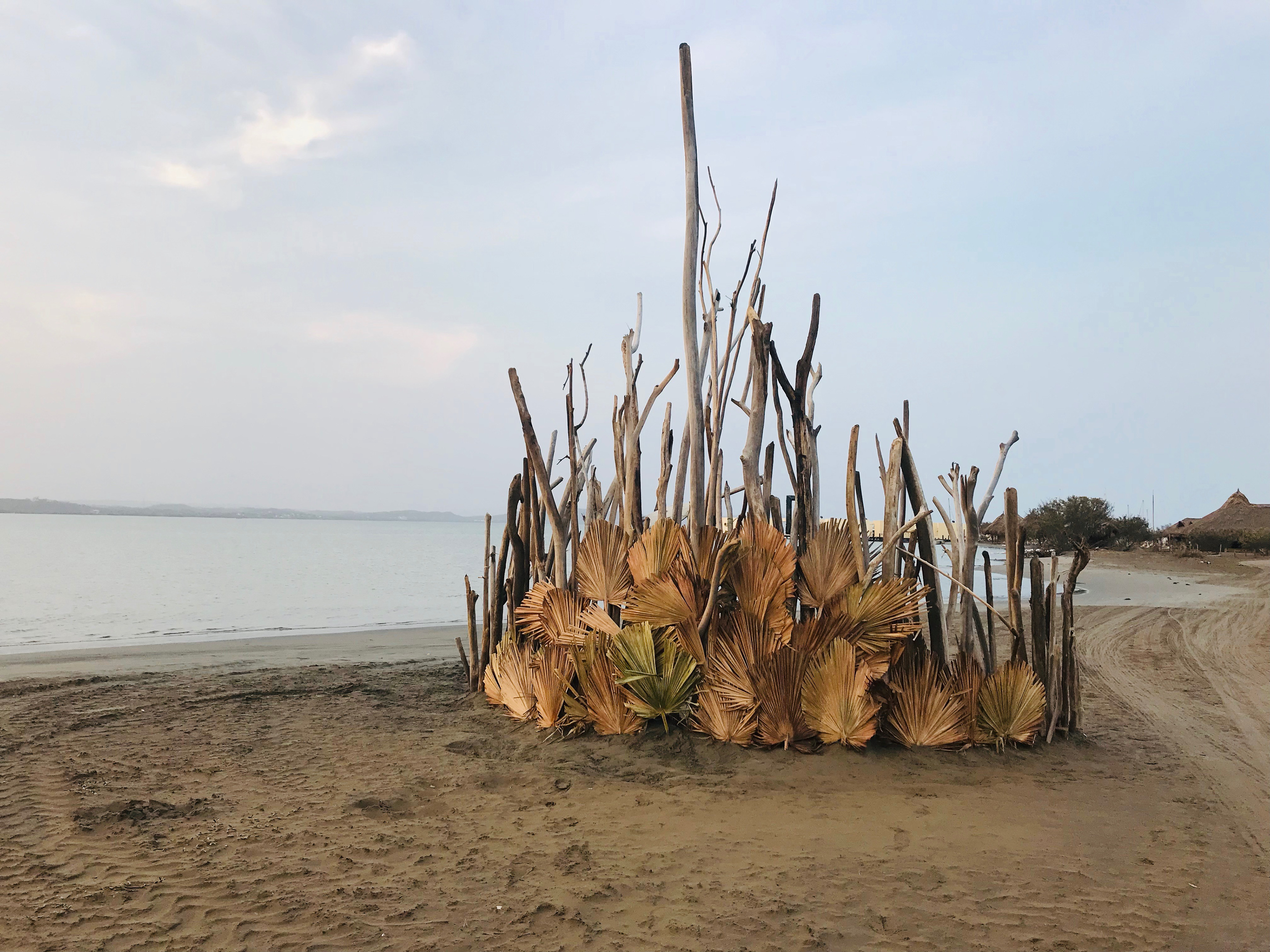 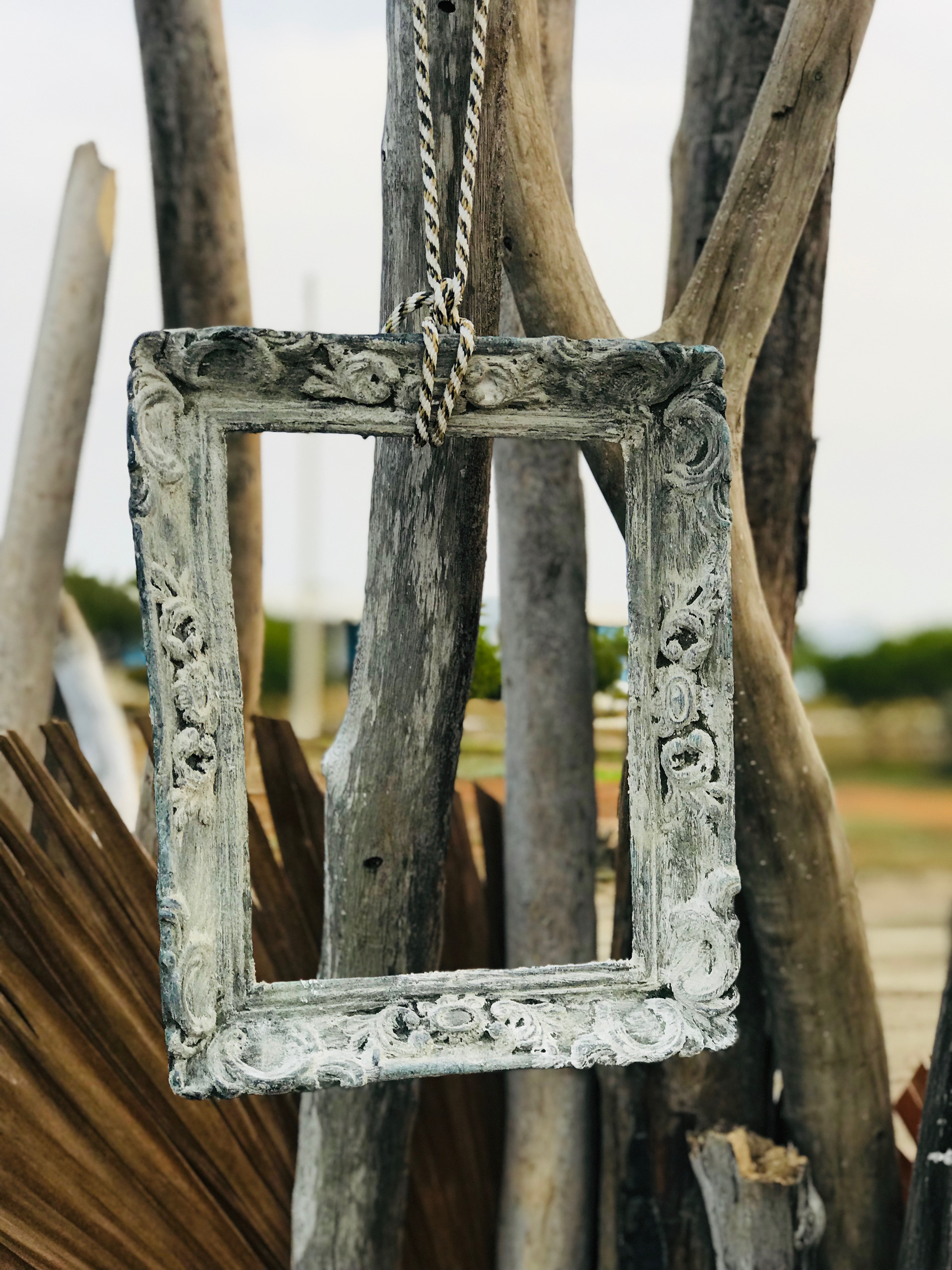 The Monument to Fallen Trees
Intervention in the landscape: Viewpoint - Windbreaker
Authors: Lina Aranzalez, Carolina Quimbayo
The proposal of this project was to use the materials of the beach, specifically the large woods cured by the water and the sun, and with this to generate (like the local fishermen) some windbreaking structures. The structure provides significant use in this location.
....

Emerge
Analogous intervention with recycled trunks
Author: Erika Álvarez​​​​​​​
This project resulted as an application of the wood materials found on the beach, the intention is to use them as decoration of the place (La Marina Puerto Velero). It was born from the idea of building elements alluding to the sea, in this way the context is reinterpreted with the resources offered by the territory.
......

Flip Mop
Proposal of mats with recycled flip flops
Authors: Daniela Bolaños, Laura Vanegas Luna
The project turned out to be very valuable for its ability to be applied in context in both production and application. The main intention was to take advantage and give a new use to the most common object found on the beach: the flip flop.
......

Twin chairs
Furniture intervention with recycled wood
Authors: Camilo Zea, Carolina Gaviria
The project arises with the idea of giving a new life to the furniture that brought the tide to the beaches of Puerto Velero, these tell new stories. The back of a bed became a backrest for a couple of chairs.
......

These interventions took advantage of the waste found in the Marina and on the beach to generate new spaces in the place that provide places of tranquility, with these proposals the idea of starting to think of La Marina Puerto Velero as “milestone” spaces, built with the existing material, identify certain rooms, and incorporate the disused material for the conformation of La Marina beach. The idea was also to use the places between mangroves to take advantage of their shade, thus managing to understand the formal language of the place.

Capture Caps
Proposal for the management of recycled lids
Authors: Elizabeth Dellheim, Elisa Schonwald
The proposal allows us to understand that plastic waste is an important part of what the river brings to this peninsula, which led to the construction of a project that invites us to collaborate in cleaning the beaches with a collective and social purpose.
...... 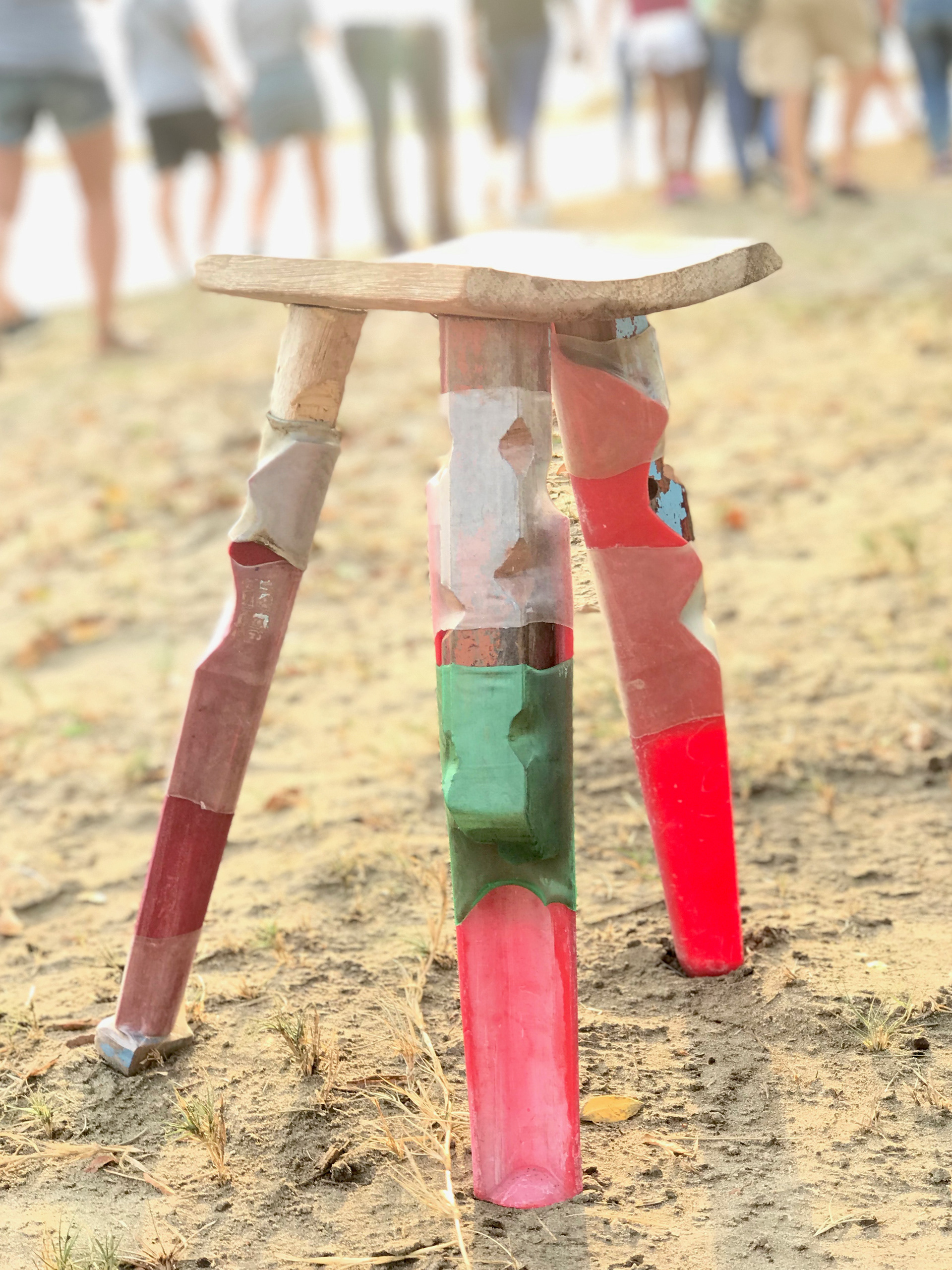 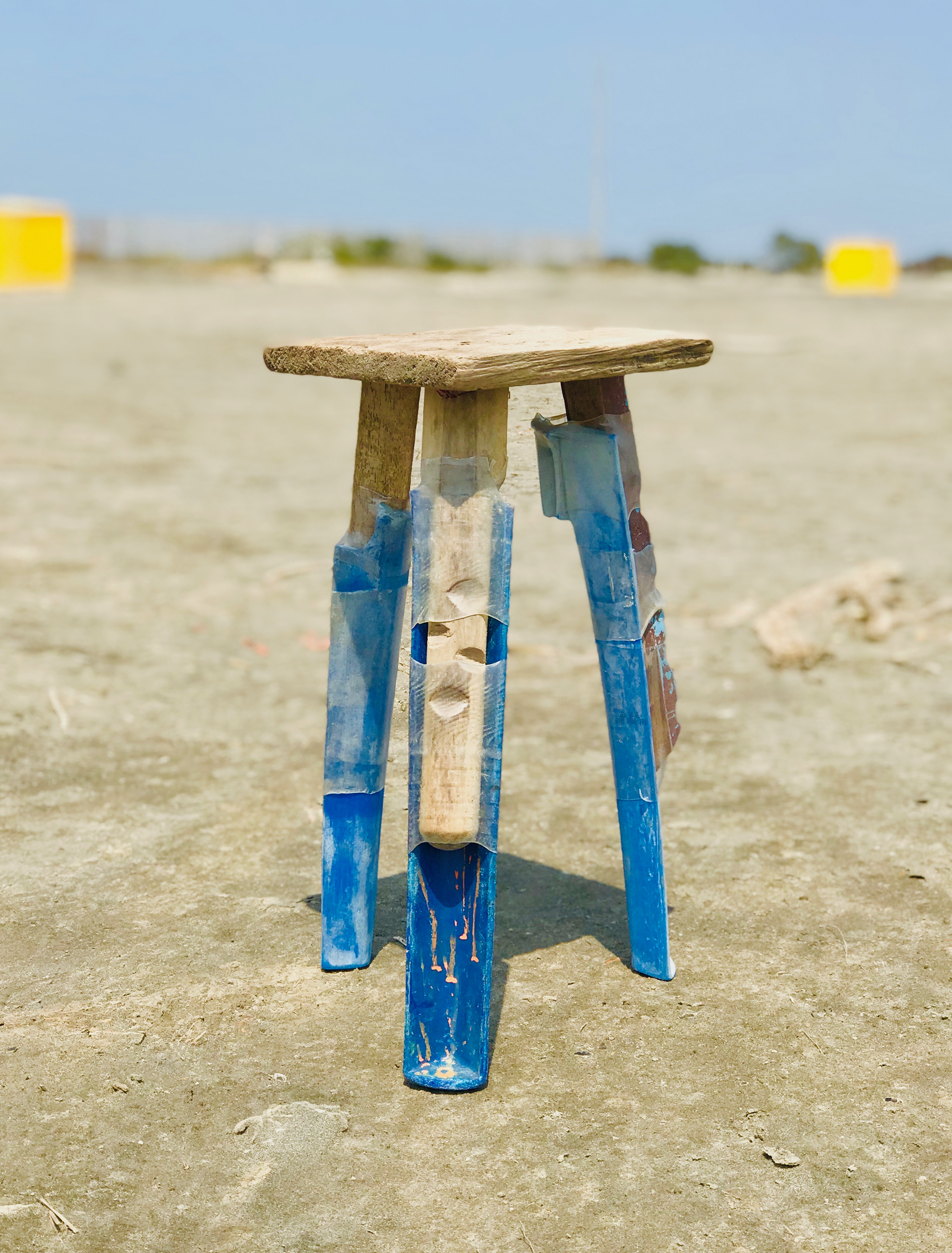 Coastguard Seat
Furniture intervention with wood and recycled plastic:
Authors: Christiaan Nieman, Annelie Franke
In the vintage mapping tour, an intelligence was found: “Rimax” chair with long legs made by a coast guard on the beach. In the collection of material several loose legs of chairs were found, which led to the construction of this furniture, taking advantage of the idea of the existing structure to generate simple wooden seats. The unions were made with heat-shrunk PET bottles, which generate strong unions between different geometries.
......
INTERVIEWS
To conclude, thanks to the workshop, it was possible to verify the efficiency of the implemented methodology, since it allowed identifying the valuable resources of the Marina Puerto Velero and generating various productive possibilities from and for the territory, under the idea of ​​rethinking a "second life" for the materials found. Prototypes were proposed for easy self-construction processes that local people can take as a starting point for future interventions, with this, it was also possible to promote the transformation in people's imaginations regarding self-managed design and the use of existing resources to their own collective developments.
Models were generated as some examples of what could be achieved in the territory, however, it is worthwhile to continue exploring since the territory has many tools (which easily consolidate the proposed design method). In this way, it was possible to weave networks of dissemination of the method against alternative design processes.
You can see the processes and results of the workshop at the instagram account of the Department of Architecture and Design of the Universidad de los Andes and the YouTube channel of the Universidad de la Costa.
Professors
Annelie Franke & Christiaan Niemann
Students
Lina Aranzalez, Carolina Quimbayo, Erika Álvarez, Daniela Bolaños, Laura Vanegas Luna, Camilo Zea, Carolina Gaviria, Sebastián Leiva, Martín Rodríguez, Elizabeth Dellheim, Elisa Schonwald
↑Back to Top